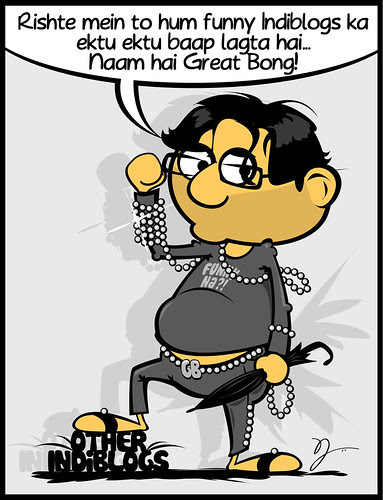 Ladies and gentlemen! The moment of truth has arrived. The Indiblogosphere has chosen a new band of winners from 175 worthy contenders across 21 varied categories. The final phase of Voting at the Indibloggies 2006 event witnessed over 3500 registrations with around 2235 votes cast over a week. The figures may be small, but being recognized as a blogger extraordinaire by your own community is no small an achievement.

I thank all the participants and the Jurors for your help and encouragement. Your vote, dear readers, has decided their fate and its time you join us in congratulating them on their triumph. Here is the list of Winners:
Read more »
Posted by debashish at Friday, February 23, 2007 42 comments:

Precursor to the Polls, meet the IB 2006 nominees

The first two phases of Indibloggies 2006 event, namely the open nominations and the Jury rating, are complete. Few raised eyebrows again on the process of nomination yet more than 700 nominations were made over the last 11 days. The Jury sure had a tough as well as enjoyable time browsing through the myriad flavors of writing and then rating them.

I one again thank all the jurors for not only devoting their time and effort to the process but also for staying away from the competition, your help has indeed added more credibility to the awards. The Jury zeroed in on almost 290 blogs/sites, of which about 175 made it to the short-list that would participate in the final phase of the event, the public Poll.